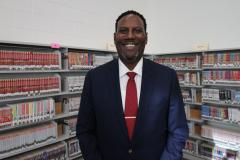 Mr. Harris has over seventeen years of experience as an educator in Fairfax County Public Schools, primarily serving at the middle school level. Before he was appointed principal of Robert Frost Middle School, he served as an assistant principal at Edgar Allan Poe Middle School, where he helped to improve math and reading instruction resulting in increased student achievement for all students as well as the removal of the Project Momentum status for Poe MS.

Prior to his leadership role at Poe MS, he served as an assistant principal at Robert Frost Middle School, implementing our Falcon Focus program and overseeing the construction of the Finance Park and modular building on the campus.  Mr. Harris taught for eight years in FCPS, teaching Marketing Education and Business and Information Technology, respectively at Herndon High School and Holmes Middle School. Between teaching assignments, in 2006, he worked as an administrative intern through the LEAD Fairfax program at Fairfax High School and Holmes Middle School.

A firm believer in the power of professional growth and development, in addition to his time as an administrative intern, Mr. Harris was a Peer Mentor for assistant principals in FCPS and was a member of FCPS’ Aspiring Principals Cohort in 2015. During this time, he had the great fortune of participating in Harvard University’s New and Aspiring School Leaders Institute. Mr. Harris also supported and delivered professional development serving as a leader on the Region 2 Compass Planning Group for three years.

Mr. Harris holds a Bachelor of Science in Marketing Education with a Minor in Business from Virginia Tech and a Master’s in Education Leadership from George Mason University. Mr. Harris is married to his lovely wife Rosalyn and the proud father of Sydney. 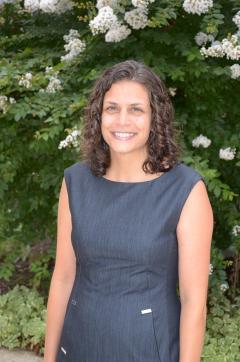 Ms. Hornbecker is excited to start her eighth year as the Director of Student Services at Frost Middle School.  She has been an educator in FCPS for the past twenty years.  She began her career as a math teacher at Sandburg Middle School before transitioning to the role of School Counselor at Whitman and Kilmer Middle Schools.

She is originally from New York where she earned her undergraduate degree in Mathematics with a certification in Secondary Education 7-12 at SUNY Geneseo. She earned a Masters in School Counseling at Marymount University and her certification in Education Leadership from George Mason University.

Ms. Hornbecker loves going to all sporting events with her husband, but is particularly a big fan of the NY Giants.  She also enjoys traveling along the east coast to spend time with her three sisters and parents, hanging with her dog, Creed, and trips to the beach. 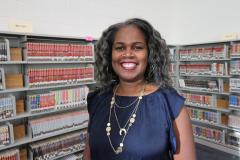 Ms. Champ is excited to continue serving the Frost community as an assistant principal. Ms. Champ received her undergraduate degree from Norfolk State University and a Master’s in Education and Human Development from George Washington University.

Ms. Champ has been an educator for more than 20 years. She has taught in Prince George’s County Public Schools and District of Columbia Public Schools. She has spent the majority of her career in Fairfax County Public Schools serving students in the county for the past 15 years.  Prior to Ms. Champ’s appointment to Frost Middle School, she spent 8 years as an assistant principal in the Woodson HS pyramid at Olde Creek ES, and served as an assessment coach, math teacher, and K-6 teacher during her tenure.

Ms. Champ is originally from New York City, loves all New York sports teams, and going back home to visit her family.  In Ms. Champ’s spare time, she enjoys spending time with her family, traveling, and reading. 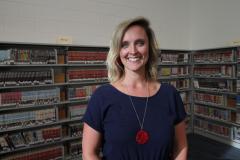 Ms. Reed is from Roanoke, Virginia, and graduated from James Madison University. She earned her master’s degree in Special Education from George Mason University in 2015 and certification in Administration and Supervision from the University of Virginia. Outside of school, Ms. Reed enjoys spending time with her son, exercising, cooking, and reading.

Ms. Reed believes all students can learn and is committed to providing equitable opportunities and experiences for all of our Frost students. 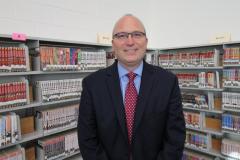 Mr. Hudson is very excited to join the Frost Middle School Community.  He has been dedicated to the field of education for twenty four years, all of which have been within Fairfax County Public Schools.  He started this journey at Jermantown Elementary as a Physical Education teacher.  At Rachel Carson Middle School, he spent 6 years as an Health and Physical Education Department Chair and 7 years as an Assistant Principal. Over the last four years, he has worked at Stone Middle School as an Assistant Principal supporting a focus on student growth and family connection.  He has a strong belief that with true collaboration and team work, we have the ability to create and foster a safe and nurturing learning environment for students, staff, and community members.

On a personal note, He is a native to Fairfax County and graduated from Oakton High School.  He received his undergrade degree from Frostburg State University and a Master’s Degree in Instructional Leadership from George Mason University.  He enjoys spending time with his wife, Amanda, and two amazing children. 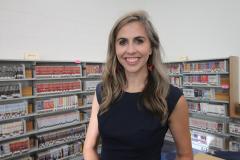 Ms. Katy Kownacki is excited to join the administration at Frost Middle School as assistant principal. Ms. Kownacki has 17 years of experience with FCPS, beginning her career as a special education teacher at her alma mater, Robinson HS, where she also coached the cross country and track & field teams. She has worked at Union Mill ES as a 6th-grade teacher, but she realized her true joy working with middle school students as a Creative Writing and English teacher at Thoreau Middle School and most recently at Liberty Middle School.

Ms. Kownacki is from Burke, Virginia, and graduated from the University of Virginia, where she earned both a Bachelor of Arts and a Master of Teaching degree and later a certification in Administration and Supervision. Outside of school, Mrs. Kownacki can be found driving carpools for the many activities of her three kids, relaxing with a good book, or going on hikes with her husband and dog.

Ms. Kownacki believes that schools should be student-centered environments where all students feel welcomed, safe, and encouraged to find joy in their learning.